NLEN
Conflict resolution
‍is about what’s going on underneath the surface
Hello, I am Fleur
Mediator in conflict.

As the co-founder and deputy director of Amsterdam based NGO the Dialogue Advisory Group (DAG), I facilitate dialogue in armed conflict around the world since 2008.

In the Netherlands I mediate in leadership and community conflict. I also write, teach and speak about my experiences. It is my mission to empower people and contribute positively through dialogue. 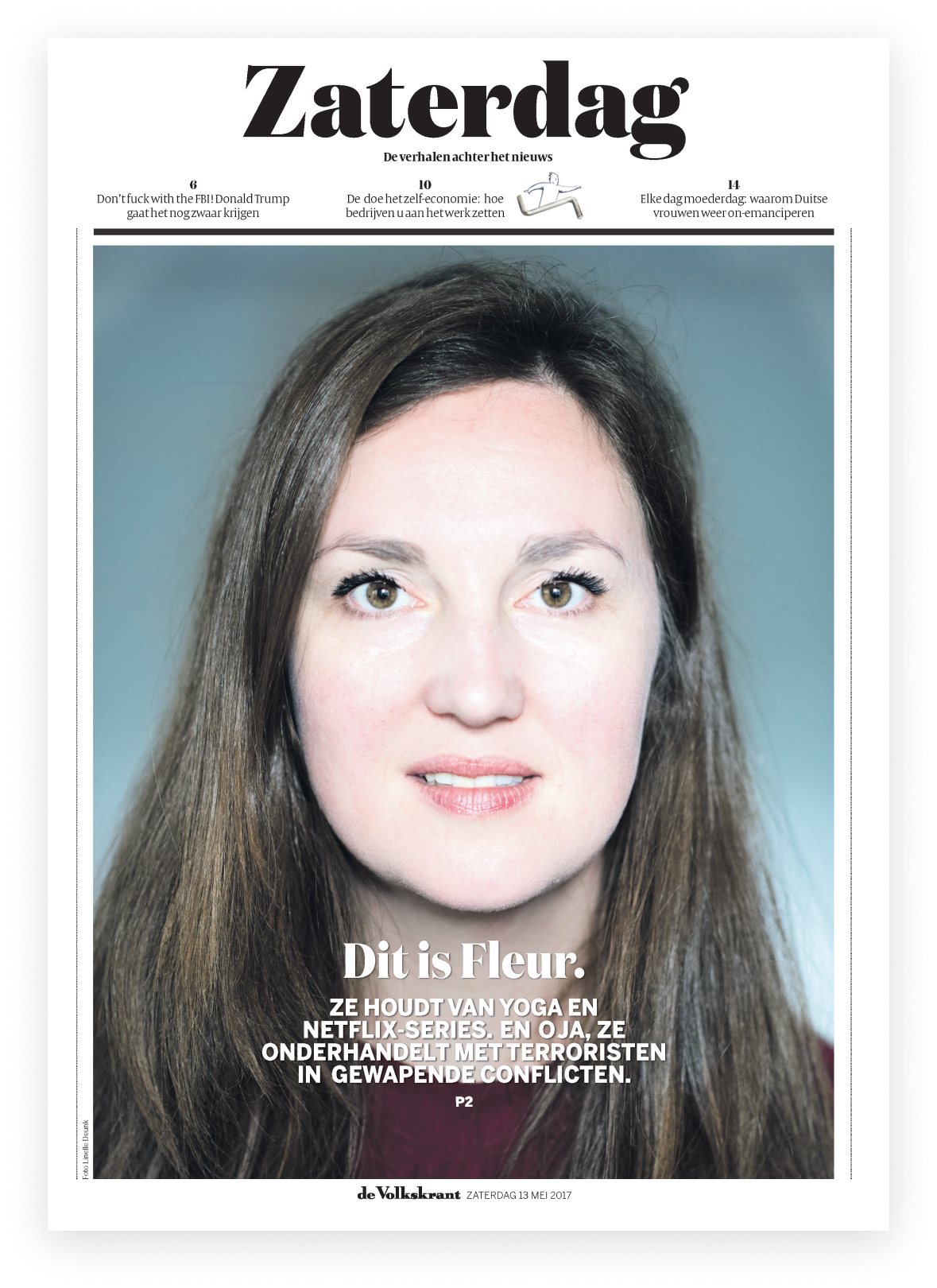 Do not reproduce without permission
Volkskrant
An in-depth profile interview on me in the Saturday edition of Dutch national newspaper De Volkskrant, detailing my personal experiences mediating in armed conflict over the years.
Article 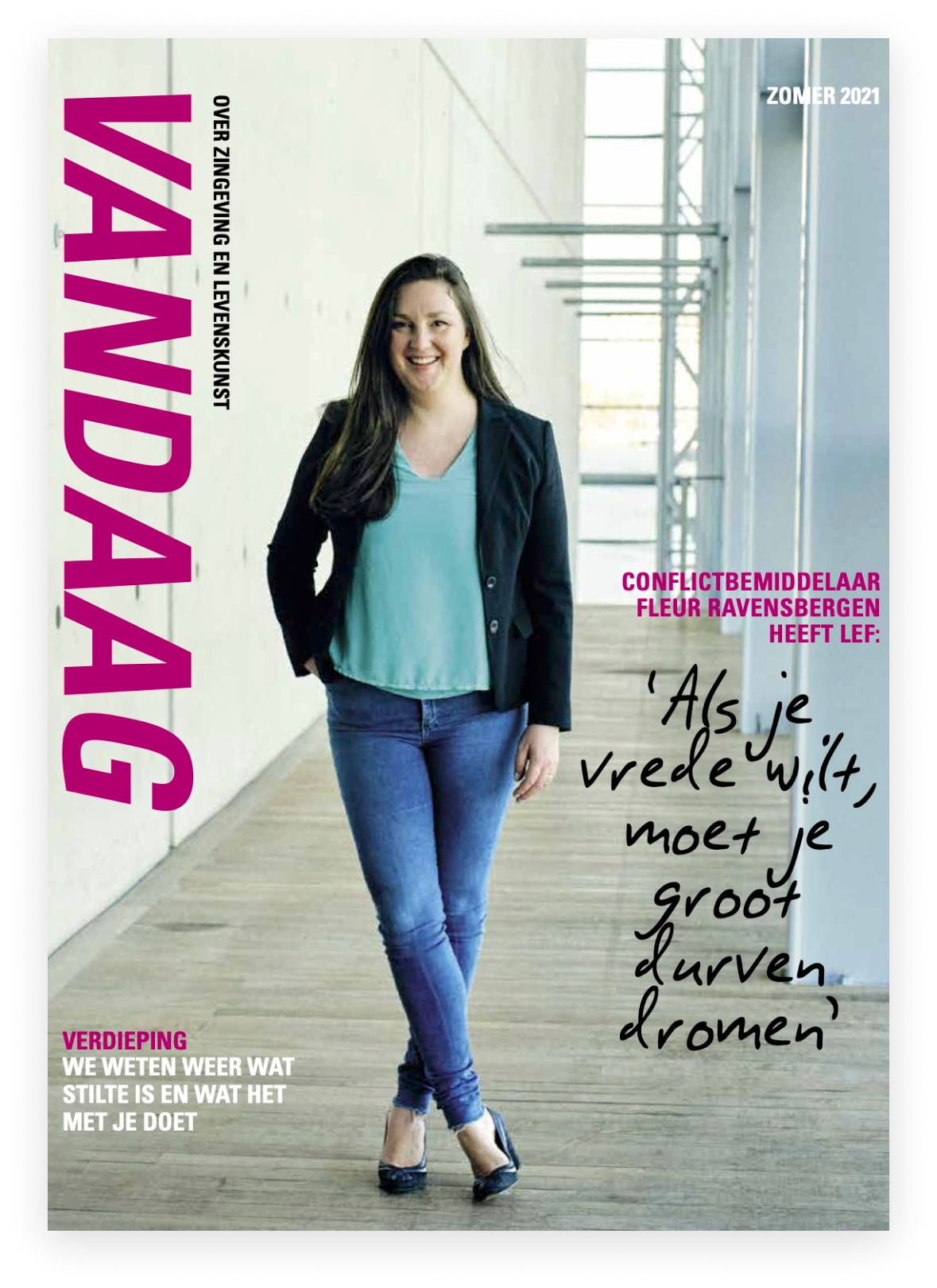 Do not reproduce without permission
Vandaag magazine
An interview on the meaning of my work in ‘art of living’ magazine Vandaag. 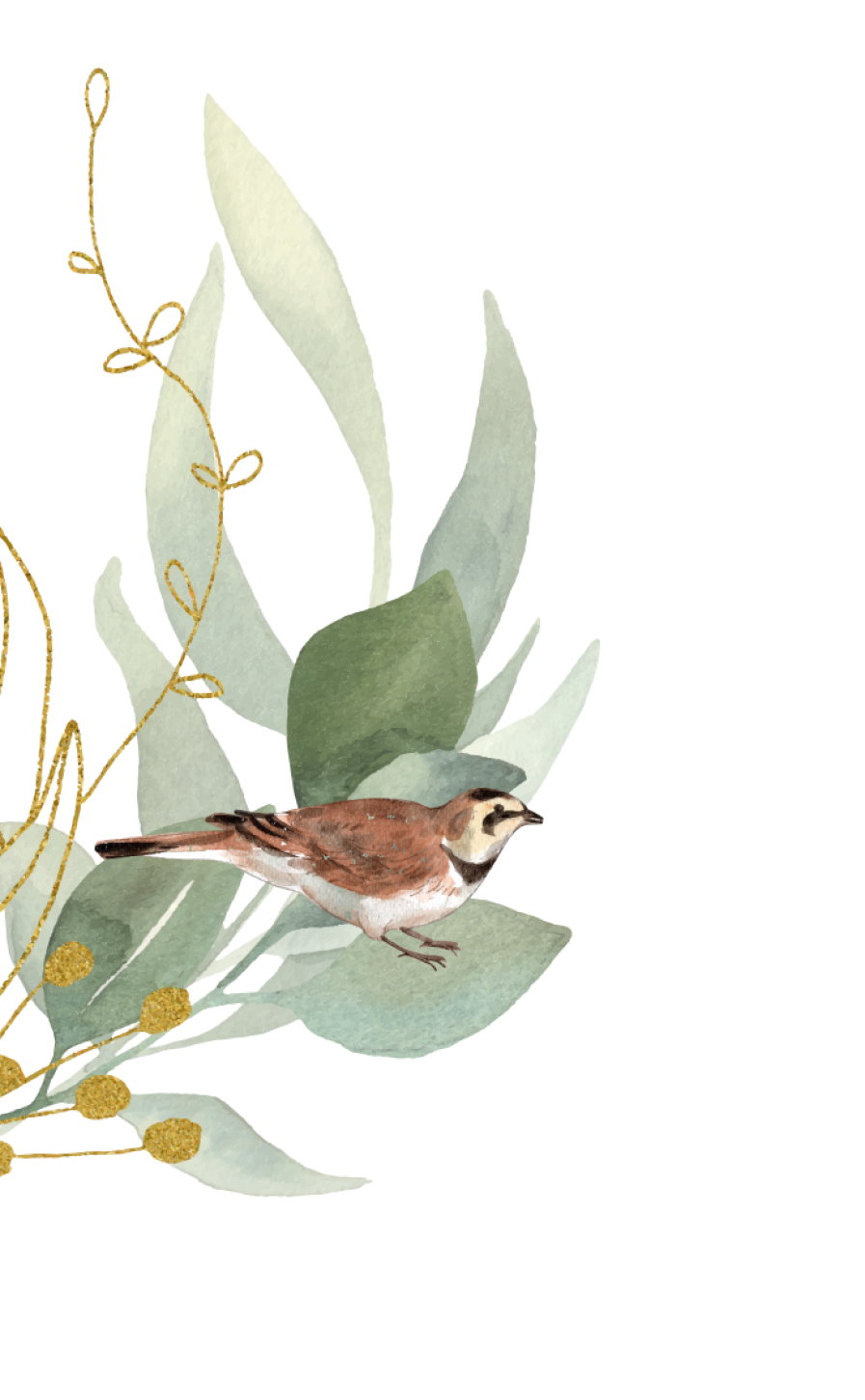 Discusses my role in and the significance of the disarmament of ETA in April 2017 on Nieuwsuur, one of the main in-depth news outlets in The Netherlands.

A fifteen-minute radio interview about my work, giving a summary of my accomplishments, on the ‘day of the dove’.

My TEDx talk on what I have learnt from talking to people who commit violence.

An hour-long in-depth radio interview with Diana Matroos, covering various aspects of my work, my approach and lessons learnt throughout the years as a mediator in armed conflict.

Fleur Ravensbergen mediates on behalf of the Dialogue Advisory Group in violent conflicts, such as in Iraq and Congo. What drives her to do this risky work? And what can we learn from her about conflict resolution?

As the co-founder and deputy director of Amsterdam based NGO the Dialogue Advisory Group, I have mediated in a diverse range of armed conflicts since 2008. From Iraq to the African Great Lakes region and from Yemen to Sudan, I have successfully facilitated dialogue on conditions for ceasefires, repatriation of armed groups, de-escalation during violent flareups, the surrender of suspects of international crimes to the law and the modalities of the liberation of occupied areas, amongst others.

Over the years, I was a part of a small team that negotiated the disarmament of two armed groups. These two disarmaments were that of the Irish National Liberation army (INLA), a splinter group of the IRA in Northern Ireland, in 2010. And in 2017 that of armed Basque separatist group Euskadi ta Askatasuna (ETA).

In the Netherlands, my mediation efforts focus on leadership and community conflict, with an emphasis on NGOs. Tangible results and clarity. In addition, I teach conflict resolution at the University of Amsterdam. I also write, speak publicly, and provide trainings and workshops on different aspects of my experience. 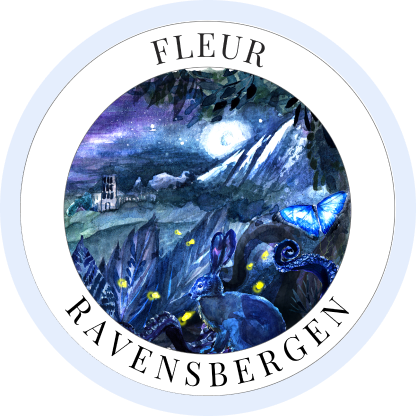 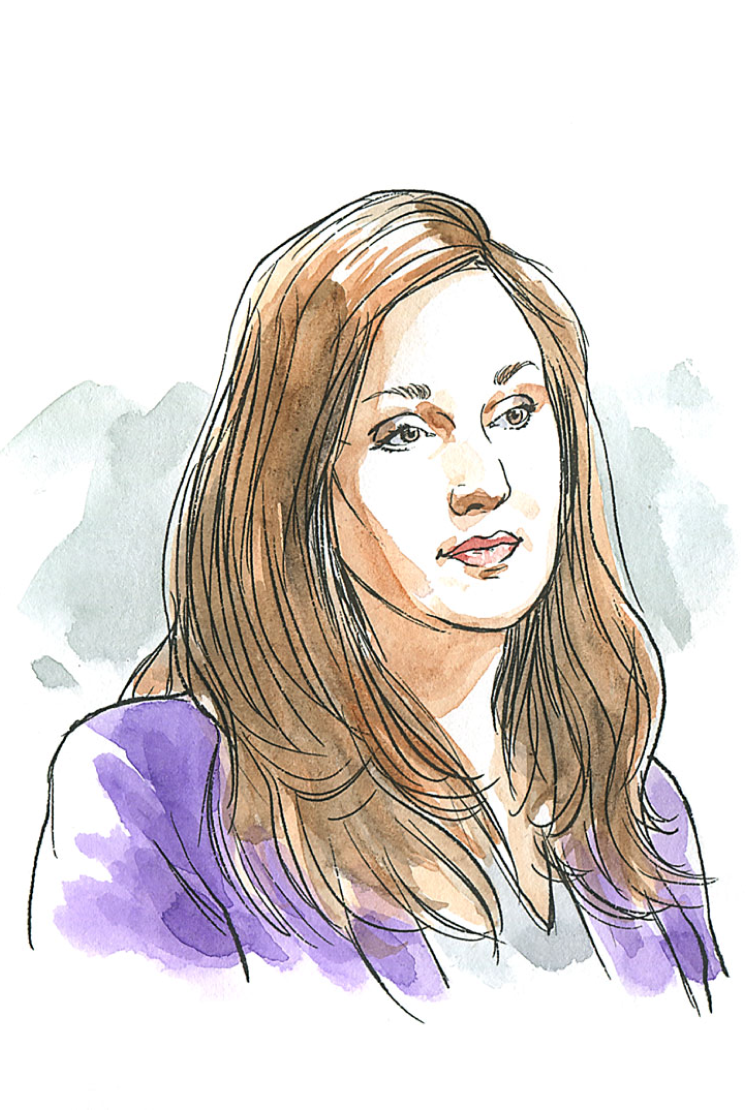 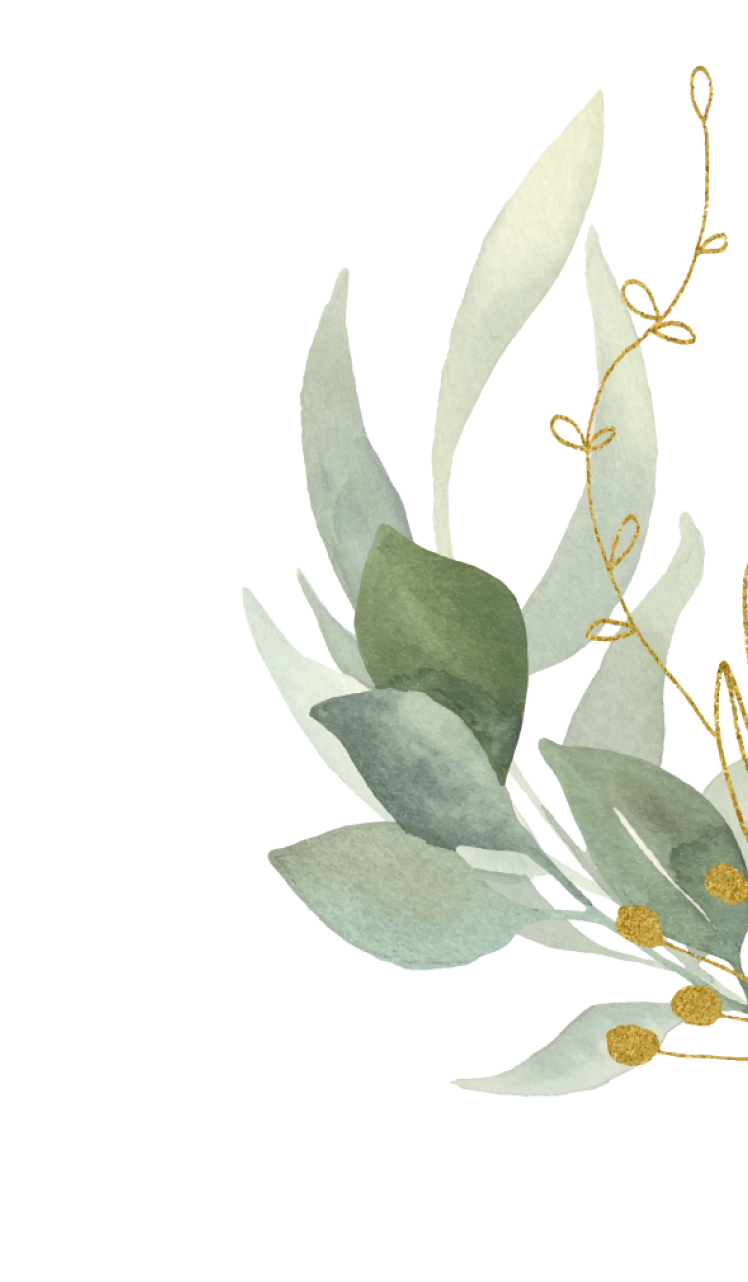 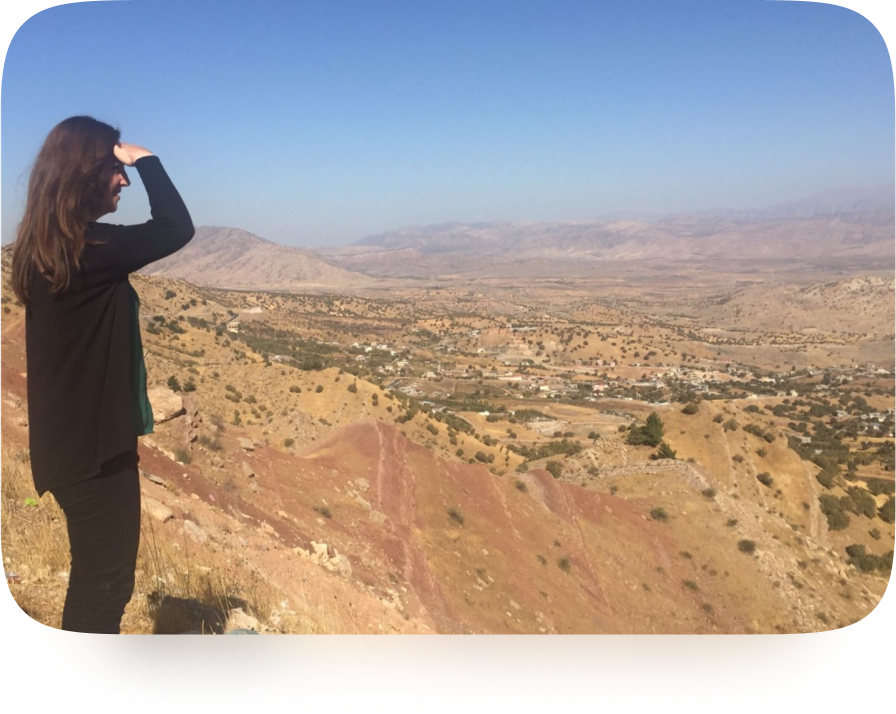 I am available to take on a limited number of assignments as a mediator every year. I specialize in leadership mediation, with a focus on NGOs but will consider other enquiries.

I am passionate about resolving conflict with a societal impact.
‍
As a mediator, I facilitate voluntary and confidential dialogue that empowers people to identify ways to resolve the conflict they are experiencing. A balance between the emotional and pragmatic dimensions at play is a vital part of this process. If you would like to learn more, please get in touch. 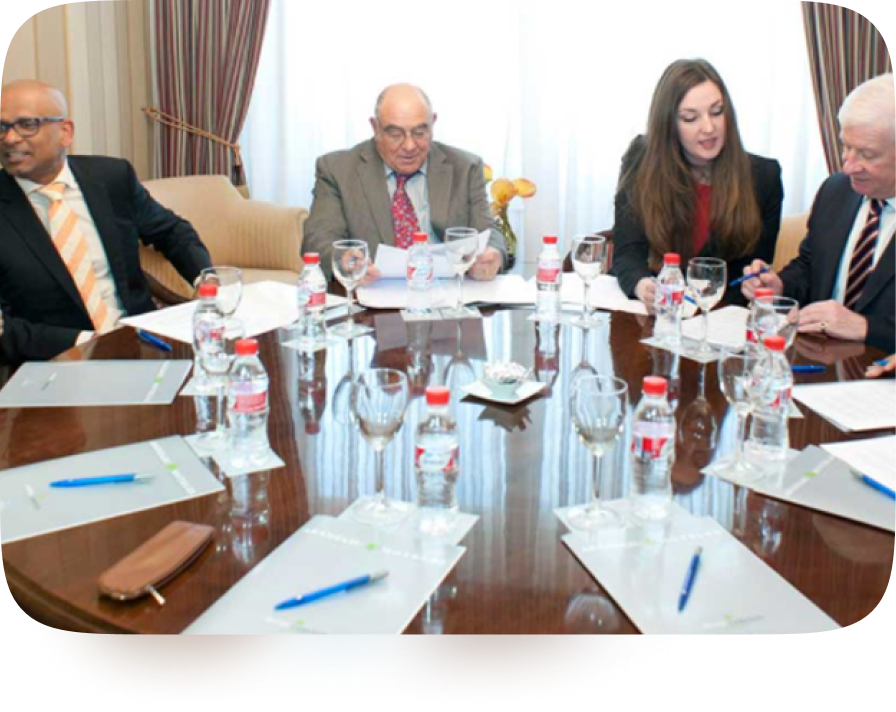 Whenever time allows, I enjoy sharing my experiences and lessons learned from mediating diverse conflict by taking on speaking engagements. I can provide lectures, classes, trainings, and workshops on the following subjects: 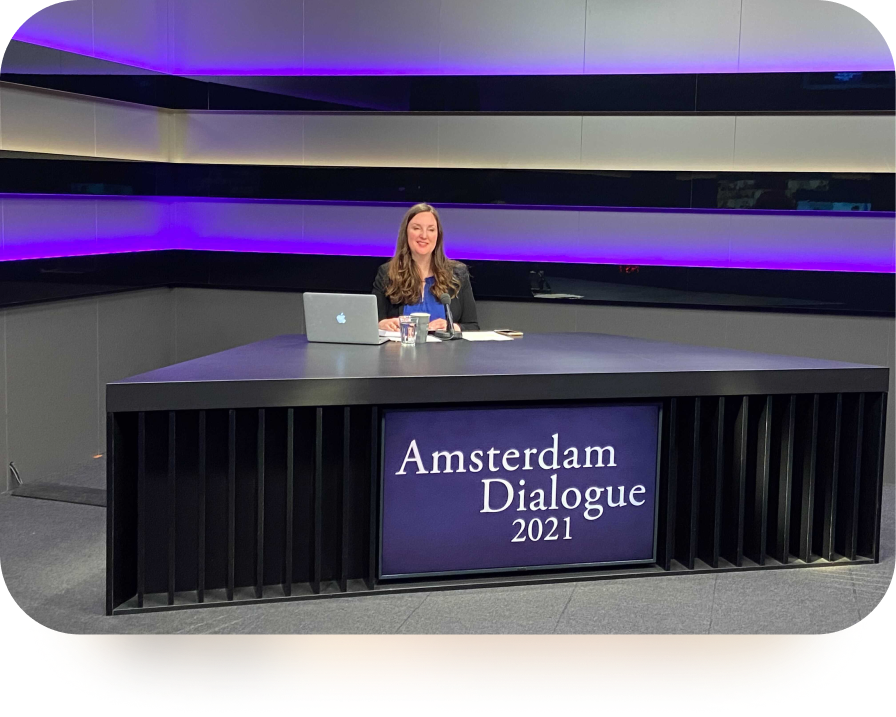 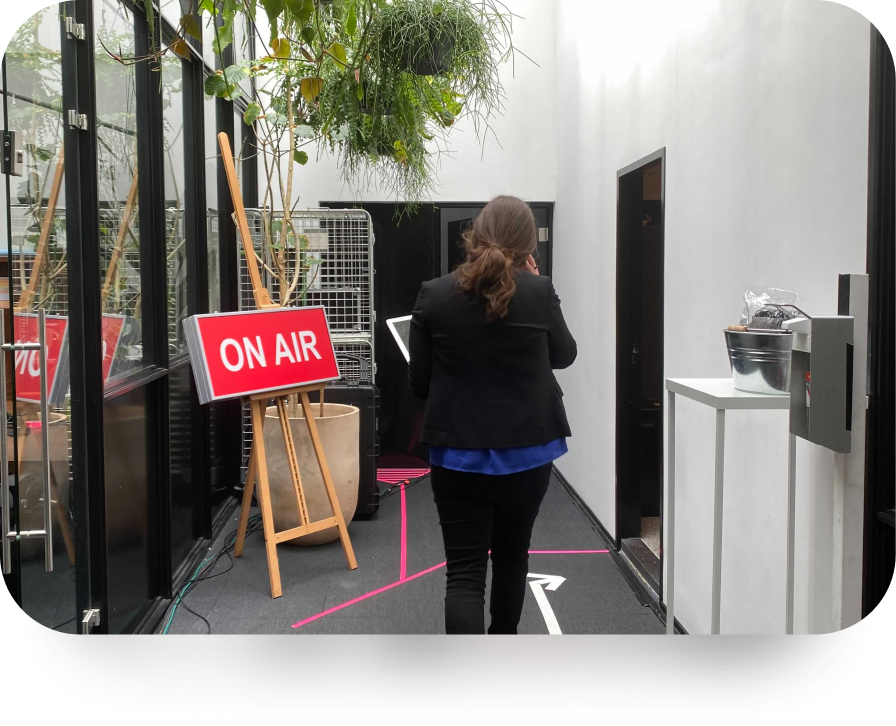 Empathy
Get in touch with me

Would you like me to mediate in a conflict that you, your organization or your community is experiencing, would you like to book me for a speaking assignment or is there another reason you would like to get in touch, please reach out to me here:

Thank you!
Your submission has been received and I will contact you shortly!
Oops! Something went wrong. Please try again.